There were 295 meat entries from 26 processing plants.  There were twenty classes that a meat processor could enter.  The products were judged by teams of thirty professionals from Iowa State University and several other universities as well as some industry experts.  Products are scored on external and internal appearance, flavor and aroma and workmanship.

Paul and Adam Polashek, owner/operators of Polashek’s Locker Service in Protivin, received the following awards in the competition. 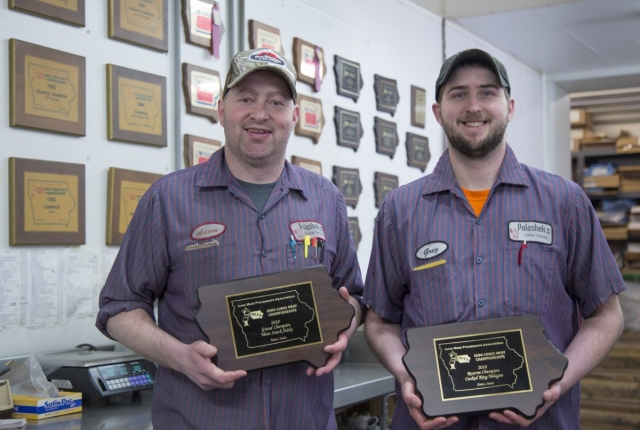